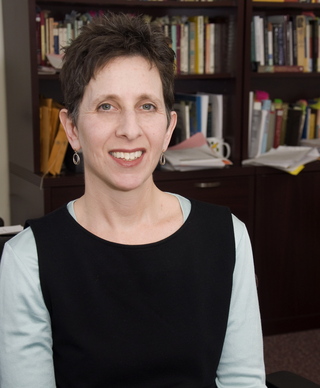 Jessica Berman is Professor of English, Affiliate Professor of Gender + Women’s Studies, and Affiliate Professor of Language, Literacy and Culture at the University of Maryland Baltimore County (UMBC). She served as Chair of the English Department from 2006-2012 and currently directs the Dresher Center for the Humanities at UMBC. Berman is a Principal Investigator of a 5-year project in the Dresher Center, The Inclusion Imperative, made possible by a major grant from the Andrew W. Mellon Foundation, which is designed to advance diversity and inclusion in the humanities at UMBC and the Baltimore-Washington region. Her teaching and research interests include comparative literature, modernism from a transnational perspective, literature and culture, and feminist and literary theory. She also has a special interest in questions of politics in connection to twentieth- and twenty-first century world literature. Her book, Modernist Commitments: Ethics, Politics and Transnational Modernism (2011), examined the connection between ethics and politics in early twentieth-century writers such as James Joyce, Virginia Woolf, Jean Rhys, Mulk Raj Anand, Cornelia Sorabji, Iqbalunnisa Hussain, Max Aub and Meridel Le Sueur, and argued for an expansive, transnational approach to the definition of literary modernism. Her previous book, Modernist Fiction, Cosmopolitanism and the Politics of Community (2001, paper 2006), explored the connection between community and cosmopolitanism in the writings of Henry James, Marcel Proust, Virginia Woolf, and Gertrude Stein. She is the editor of A Companion to Virginia Woolf (2016) and the reprint edition of the Muslim Indian writer, Iqbalunnisa Hussain’s, novel Purdah and Polygamy (2017). She has published essays in such journals as Modernism/Modernity and Modern Fiction Studies, as well as in such influential volumes as Geomodernisms (Doyle and Winkiel eds) and Disciplining Modernism (Caughie ed.). Berman is currently at work on a book investigating global radio in relation to transnational modernism.

Berman co-edits, with Paul Saint-Amour, the Modernist Latitudes book series at Columbia University Press. In 2016-17, she was the President of the Modernist Studies Association. She has served on the Modern Language Association’s Publication Committee, on the Board of the American Comparative Literature Association (ACLA) and is a co-editor of Futures, the American Comparative Literature Association’s decennial Report on the State of the Discipline (Routledge, 2017). She was the organizer of the Tenth Annual Conference on Virginia Woolf, “Virginia Woolf Out of Bounds,” at UMBC in 2000 and a co-editor (with Jane Goldman) of the Selected Papers from that conference (Pace University Press, 2001). She has been the recipient of a Whiting Foundation fellowship, a Newberry Library short-term fellowship, and the Richard Halliday Prize of the Henry James Society, among other awards and fellowships. She has been a teaching fellow in the UMBC Humanities Scholars Program, a Bearman Foundation fellow for her first-year seminar, and was a Provost’s Research Fellow in Spring 2007. In Spring 2013 Berman was a Mellon-funded external fellow at the University of North Carolina’s Institute for the Arts and Humanities and a visiting professor in UNC’s Department of English and Comparative Literature.

Purdah and Polygamy by Iqbalunnisa Hussain, edited by Jessica Berman

Originally published in 1944 by Hosali Press, Bangalore, this book is believed to be one of the first full-length English language novel by an Indian Muslim woman in the pre-Partition era.

Futures of Comparative Literature: ACLA State of the Discipline Report
Futures of Comparative Literature is a cutting edge report on the state of the discipline in Comparative Literature.
A Companion to Virginia Woolf
"A probing and compendious crow’s nest of a handbook . . .Diligently up-to-the-minute while equally alert to the deeper histories of her critical heritage, it deserves tobecome a standard primer," David Bradshaw, University of Oxford
Modernist Commitments: Ethics, Politics and Transnational Modernism
"remarkable" — Hugues Azérad, The Modern Language Review
Modernist Fiction, Cosmopolitanism and the Politics of Community
" a passionately argued and scrupulously researched book" -- Anne Fernald Modern Fiction Studies
Virginia Woolf Out of Bounds, edited by Jessica Berman and Jane Goldman
"a worthy addition" with an "imaginative and intellectually provocative introduction" -- Nancy L. Paxton, Virginia Woolf Miscellany

The Modernist Latitudes book series at Columbia University Press, editors: Jessica Berman and Paul Saint-Amour
Modernist Latitudes aims to capture the energy and ferment of modernist studies by continuing to open up the range of forms, locations, temporalities, and theoretical approaches encompassed by the field. The series publishes books that revisit the modernist canon from new vantage points, exploring the greater latitudes of thought offered by an expanded modernist studies. The series will also search out work that explores the texts and contexts of locations that have long been misrecognized as marginal or ancillary to canonical modernism.
UMBC English Department
The Dresher Center for the Humanities
Authors Guild
Advocates for published authors since 1912
Authors Guild Directory
A compendium of member websites
Loading…}